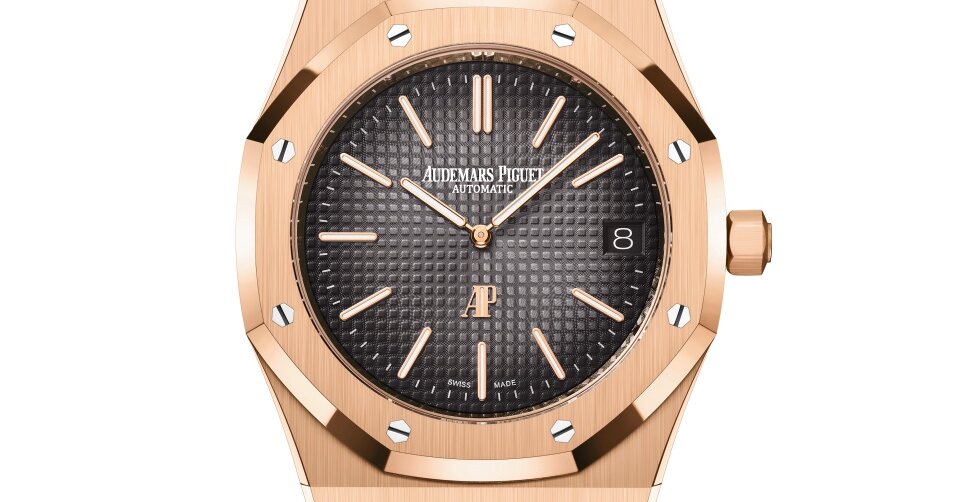 The watch industry had been preparing to restart in-person events this year. But as cases of the Covid-19 Omicron variant spiked, LVMH Watch Week in Geneva, which had been scheduled to begin Monday, was rescheduled as an online program — and the rest of the early 2022 calendar became uncertain.

Not that the pandemic is affecting the industry’s performance: Exports now exceed 2019 levels, according to the Federation of the Swiss Watch Industry, and in November Switzerland recorded its largest monthly export figures since October 2014. As a result, brands continue introducing new models. Here are 14 pieces, fresh to market.

It is too early in the year to determine whether any of the January releases will define 2022 watchmaking, but here are four contenders from some of the world’s most in-demand brands.

The story of the Royal Oak Jumbo is watch world history. When Gerald Genta’s octagonal-bezel design was introduced in 1972, it was the world’s first luxury stainless steel sports watch. Fifty years on, its anniversary kicks in with the Ref. 16202, which by most accounts is a replacement for the discontinued — yet still hugely desirable — Ref. 15202. Its first variation is this 18-karat pink gold piece, distinguished from the older model only by its movement, the new Calibre 7121. In an unexpected move, Audemars Piguet’s next-generation ultrathin automatic is no thinner than its precursor, but the new watch’s power reserve has increased to 55 hours from 40, and the brand has said it is more accurate. As with every Royal Oak model due for release this year, there is a special 50th-anniversary rotor, visible here through the sapphire case back.

Combined product names have become so common — Netflix, Verizon, even Brexit — that the wit in the 1930s Heuer invention “Autavia” barely registers now. Originally coined for a rally car dashboard stopwatch, the name brought the “automobile” and “aviation” worlds together. In 1962, it was adopted by Jack Heuer, a keen rally driver, for his first wristwatch as the company’s boss. It would be the brand’s keystone model until 1985, when the company was reinvented as TAG Heuer. Sixty years on from that first wristwatch, the reborn Autavia is not quite as familiar as TAG Heuer’s Carrera, but it retains a loyal following. The Autavia’s trio of anniversary designs includes this 42-millimeter, silver-dial piece, the first featuring the new Heuer 02 COSC Flyback movement, which has a chronograph that can be reset and restarted with a single button push. The anniversary set also includes a black DLC, or diamond-like coating, variation and a GMT model.

The Parisian luxury house returned to its connected watch concept for the third time earlier this month with the Tambour Horizon Light Up. Its bespoke operating system offers an array of always-on personalization options, some of which trigger the 24 LED lights that sit behind the watch’s Monogram Ring in a sort of mini-disco ball of color (hence the name). Just as singular is Louis Vuitton’s decision not to market the device as a health and fitness gizmo. Instead, it invites wearers to customize their dials with their initials and to swipe left for airline boarding passes and access to 30 world city guides. At 44 millimeters, the model is not small, but the engineered curved sapphire glass screen somehow makes it feel more wearable than its size would suggest.

Zenith first used the name Defi for a pocket watch in 1902 and Defy for a wristwatch in 1969. And yet pieces such as this new Defy Skyline, with its distinctly industrial silhouette and 12-sided bezel, still feels faintly experimental — avant-garde, even. The Skyline models are defined by the repeating four-point star motif that punctuates their dials, and by the small seconds at 9 o’clock. It whips through a full 360 degrees once every 10 seconds, powered by a new version of Zenith’s high-frequency El Primero movement, which originally was designed as a chronograph. Even though it beats rapidly, the automatic has a 60-hour power reserve. The watch comes on a faceted bracelet, and with a spare rubber strap detailed with a starry sky motif.

Grouping luxury watches by trend can be a fool’s game as most are designed for longevity. Even so, it is clear that sports watches on metal bracelets remain popular, as does the liberal use of color. Yet there still is room for pieces highlighting the zodiac or lunar calendar, and for high-end complications and spectacular watches that are works of art as much as timekeepers.

Until two years ago it had almost passed unnoticed that Hublot, a brand that has supercharged the sports watch category since the introduction of the Big Bang in 2005, had never done a bracelet watch. But the introduction in 2020 of the Big Bang Integral chronograph changed all that and quickly proved to Hublot that it had been missing a trick. Now it offers this Time Only iteration, seen here in yellow gold, a 40-millimeter three-hand sports watch, with a date. New though it is, it looks like it could have been in Hublot’s collection for years.

The Italian and Swiss minds at work in Bulgari’s watchmaking division have delivered a stream of record-breaking ultrathin watches in the Octo Finissimo line. And now the brand has condensed 105 components into a mechanical movement that is only 12.3 millimeters wide and 2.5 millimeters thick, and that weighs just 1.3 grams, roughly the same as half a penny. Given the name Piccolissimo, the Calibre BVL100 has been hidden in the head of the Serpenti Misteriosi secret watch, here decorated with turquoises, rubellites and 724 diamonds.

Dior’s watchmaking endeavors have long been focused on low-volume collections with links to couture and haute joaillerie. This 36-millimeter steel, pink gold and diamond watch takes its cues from the brand’s signature toile de Jouy pattern, which visitors to Monsieur Dior’s apartments and the brand’s boutique at 30, avenue Montaigne, in Paris will recognize from tapestry decorations. As before, the watch has an inverted automatic movement, so the oscillating rotor, here a complex twine of flowers, leaves and branches, swings nonchalantly over the dial. Only 88 will be made.

A fun fact about the Speedmaster is that it was never intended to go into space. Released 12 years before Buzz Aldrin set foot on the moon wearing one, it had been designed as a driver’s watch, complete with a hardy, hand-wound chronograph movement called Calibre 321. Omega recreated that movement three years ago and now, for the watch’s 65th-anniversary year, has put it in a 38.6-millimeter Speedmaster case of its in-house ultra-brilliant Canopus white gold.

Lunar New Year, which falls on Tuesday, marks the year of the tiger. To usher in the event, Chopard produced an ultrathin limited-edition dress watch decorated with the painstaking Japanese process of urushi lacquer. All 88 dials in the edition were made by Minori Koizumi, a master lacquer artist, and feature a tiger motif, said to symbolize fortune, wisdom, intelligence and creativity. They are framed in 39.5 millimeters of what the brand calls “18-karat ethical gold.”

For the first time, Oris, an independent known for watches costing $2,000 to $3,000, has made a watch with a cloisonné enamel dial, a technique more common to fine watchmaking (read: very expensive) brands. The design features the underwater palace of the Dragon King, taken from a 1961 Chinese animation featuring Sun Wukong, the literary character also known as The Monkey King, and who appears on the case back. The 72-piece edition is powered by Oris’s in-house five-day automatic Calibre 400.

Switzerland is making fewer watches these days, but without a drop in revenues thanks to the popularity of high-end pieces such as Vacheron’s latest complete calendar, a modern-looking take on a classic complication. Its openwork sapphire dial gives away some of its mechanical secrets, which power a full calendar and a moon phase indication. It is available in white (pictured) or pink gold, and it is not a limited edition.

Ulysse Nardin’s eccentric new watch is scheduled for release Tuesday, the start of the new lunar year. While the watch’s aesthetic is straight out of the brand’s extreme contemporary design playbook, its astronomical complication was plucked from a movement designed 40 years ago. The model indicates what the brand calls “the sun’s visible trajectory” and the lunar cycle, and has a tidal chart and a world time function, which in this extraordinary piece almost become afterthoughts.

Whisper it, but the family-owned watch company Carl F. Bucherer is on a quiet and intensely understated march. The brand says it is selling more than 30,000 watches a year these days, more than five times its 2010 sales. Much of that total is down to the easygoing Manero, which accounts for more than a quarter of the brand’s output. This blue-dial steel version has small seconds, power reserve, weekday and “big” date indications, and comes on a beige fabric strap.

It says much about the success of Hermès’s watch collection that it has no signature design — any one of a number of its forms could carry that mantle. One would certainly be Philippe Mouquet’s 1996 Heuer H, the H-shaped piece. For the first time, Hermès has decorated it with colored stone dials: one in obsidian, another in aventurine and this rose-gold version in green malachite. The case and bijou 21-millimeter dial are set with 180 diamonds.