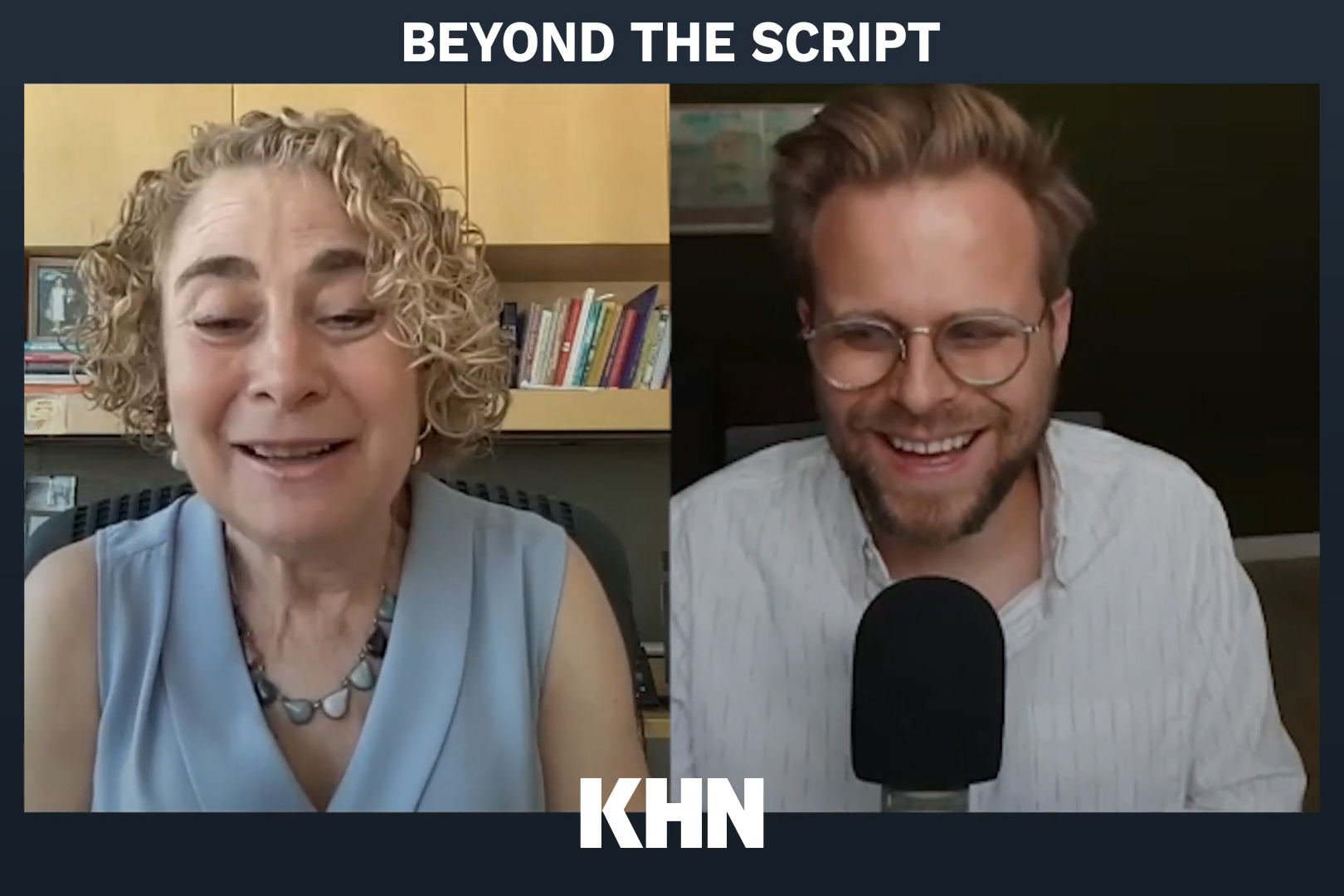 KHN Editor-in-Chief Elisabeth Rosenthal joined comedian Adam Conover to discuss his new Netflix series, “The G Word With Adam Conover,” created in partnership with Barack and Michelle Obamas’ Higher Ground Productions. In the hybrid docu-comedy series, Conover pulls back the curtain on the surprising ways the federal government affects our everyday lives, from the mundane to the life-changing.

In a roughly 25-minute conversation, Rosenthal and Conover take a deep dive into Episode 5, “Disease,” which examines the government’s approach to illness and other health threats. Conover explains that as the season was being written — just one week after the writer’s room opened — the covid-19 shutdown arrived. The writer’s room transferred to Zoom, and that episode suddenly grew urgent. “Disease” explores why the government is good at putting out fires and sending people into space — highlighting how it eliminated malaria from the U.S. in the 1940s — yet seemed inept at tackling a tiny virus.

Rosenthal and Conover discuss vaccine hesitancy, prescription drug prices, and the hollowing out of America’s public health system, touching on the KHN-AP series Underfunded and Under Threat. Conover suggests the Centers for Disease Control and Prevention and the National Institutes of Health are “ivory tower” organizations physically distanced from the front lines of the covid emergency but, at the same time, don’t get enough respect or credit for the important work they do. The NIH spearheaded mRNA vaccine technology, Conover notes, so why aren’t companies like Pfizer and Moderna saying, “Thank you, thank you”?