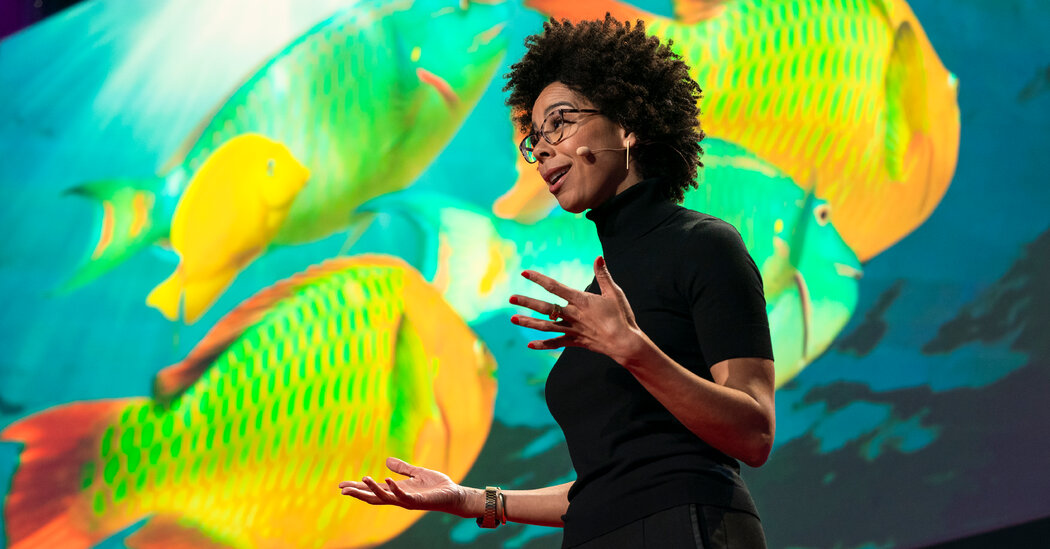 It never occurred to Ayana Elizabeth Johnson that she was a watch collector.

As a marine biologist and co-founder of the think tank Urban Ocean Lab, Dr. Johnson, 41, constantly ponders time, but she said she considered her six watches just pieces of her identity.

During a phone interview from Brooklyn, her hometown, she described her quirky timepieces, mused about the concept of legacy and explained how she has used time as a powerful metaphor. Her comments have been edited and condensed.

Why haven’t you considered yourself a watch collector?

My dad was into watches, and as far as I can remember he had a hefty silver Omega. It was a part of his style. When he gave me a silver Tag Heuer with a blue face for my high school graduation, I felt like I was joining his club. I wore it for years until, in my grad program at U.C. San Diego, I bought a Suunto D6. I was working on my Ph.D. in marine biology and it was important for me to get it for scuba diving.

Years later, I ended up buying this gold Casio digital watch in the Addis Ababa airport. That’s like a club; everyone who has one finds it sort of irreverent. A while back, I was cleaning out my mom’s house and found two watches, a little Omega with a leather band and a men’s gold Movado that I now wear every day. I’ve never purchased an expensive watch, but it’s nice to have these little things that are associated with important phases in my life.

It’s like I’ve had a watch per decade, but I’ve never really sought them out. They’ve found me.

How would you define your relationship with time and legacy?

It’s funny to think about watches in this context. What is our relationship to time? What motivates us? Legacy, for one. People want to pass a watch down to their children, but what world do you want to pass down to them? Legacy is time, and the time to spend all of our money on figuring out renewables and climate policy is exactly now.

Urban Ocean Lab talks about how unprepared coastal cities are for rising seas and storms.

This metaphor of time and time running out and the clock ticking has been a really powerful one for the climate movement. As often as I hear it, this message that time is up — it’s true. We as wealthy nations have been dithering to the detriment to the entire world. It’s terrifying because we really only have so many chances at this.

You never leave the house without a watch on your wrist. Why?

I was given my first watch from my dad. He was an architect and a Black man trying to be taken seriously. He cared so much about design.

Every day I think about: How do we design the future that we want? It matters what the pieces and materials are and how they accommodate and fit people.